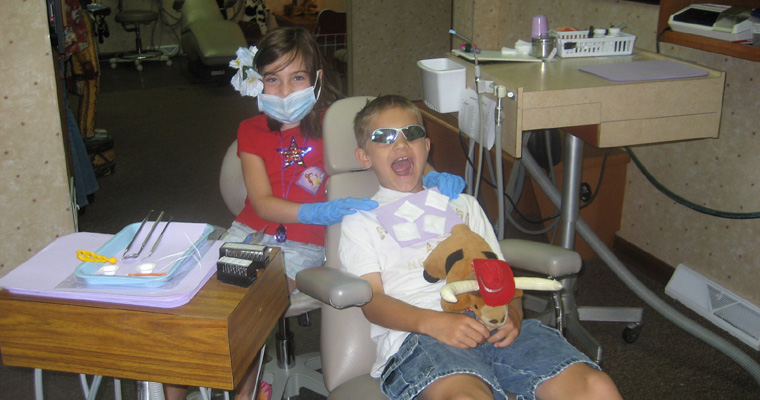 In decades past, a 6-year-old with a cavity or toothache climbed up in the same big dental chair, in the same stark room, that her mom just occupied for a cleaning and checkup. While the white-coated dentist drilled and filled, parents leafed through magazines in waiting rooms.

Today, that 6-year-old might sit in a scaled-down dental chair in a bright purple, pink or green office with lively aquariums and age-attractive murals. Mom and dad, no longer banished to the waiting room, are right next to junior as the dentist, in neon scrubs or a costume, inspects tiny teeth.

Before little ones even see a dental chair for the first time, they might enjoy time in the practice’s playroom and get to know the dentist in a casual setting. They’ll return later for the dental work.

Just as today’s youth visit a pediatrician for well-baby physicals, they now have their own tooth specialists, too.

Pedodontics is not a new branch of medicine. As a matter of fact, in the fifth century B.C., Hippocrates discussed the differences between treating children and adults; in the 1920s, the American Academy for Promotion of Dentistry for Children was established; and, in 1942, pedodontics was recognized as a specialty.

In the mid-1980s, the American Academy of Pedodontics changed its name to pediatric dentistry. It was at that time that many changes began to take place.

Dr. Peter Ross, a dentist for 35 years, has seen, firsthand, the transformation of children’s oral health. Though he started in general practice, Ross gave pediatric dentistry a try while serving in the Army.

“When I did it, there were maybe 15 percent to 17 percent pediatric dentists. Today there are about 40 percent,” he said in a phone interview from Lancaster Pediatric Dental Associates, his practice on Lititz Pike in Manheim Township since 1985.

“A lot has changed over time,” he said. “The materials have changed; the methodology has changed. You need to be cognizant of what the child’s reaction could be to what you are doing.”

In 2000 the U.S. Surgeon General’s report on oral health noted the importance of recognizing dentistry as a part of general health.

Children, especially, need to see a dentist. Their mouths go through enormous changes compared to those of their moms and dads. Also, during care, children may not able to sit still as long as their adult counterparts, and their level of fear might be higher.

For pediatric dentists, it’s that feeling of dread they hope to eradicate.

“It’s not just about fixing teeth,” said Dr. Aaron Miller. “It’s about the whole child.” The motto of the East Roseville Road pediatric dental practice he is in with his father, Dr. Stephen Miller, sums up their approach: “We care for children and treat teeth.”

Understanding that children might be worried or frightened, Lancaster’s “Cowboy Dentists,” as they have come to be known, get down on the child’s eye level to speak with youngsters. “Children are naturally a little fearful of new things. Going to the doctor. Going to the dentist. Getting their hair cut,” said Aaron Miller.

“You don’t want to come at them the first time you meet them in a mask and gloves. You save that until the very end of the visit.”

The Millers care for children’s teeth while distracting their patients with honking stickers, fun sunglasses and some really bad jokes. Their office is chock-full of cowboy memorabilia, murals and music, the intent of which is to keep the kids so caught up in the entertainment that they don’t have time to be anxious.

The Western theme stemmed from the elder Miller’s childhood heroes. In among the cowboys are Thomas the Tank Engine and other kids’ movie characters, a talking bison and a coin-operated horse. Old-timey country music fills the air.

Miller, who is quick with a magic trick, wears his usual attire — a brown fringed leather jacket, jeans and boots. His energy level leaves visitors almost breathless. He admitted to taking 30 minutes of absolute quiet time at the end of each day to decompress. But, he said, the over-exaggerated smiles and constant conversation are worth it. They keep the little ones’ minds occupied.

Ross also adopts the distraction technique. “The dentist has to recognize the level of cooperation the child will give in order for the visit to be successful,” he noted. That cooperation, he said, comes from distraction and by enlisting the parents’ help. “We don’t know a child as much as the parent,” he said.

Ross pointed out that the approach in pediatric dentistry is more visual these days. “We watch a lot of movies … all day. It’s like being at the theater except we aren’t turning off the lights or giving out popcorn,” he said, laughing.

Also changed, the dentists said, is the heightened use of sedation to keep children safe and calm during procedures. Ross, who teaches sedation to undergraduate students at Temple University, said 75 percent to 80 percent of small patients are cooperative and relatively relaxed. For the others, though, there is the availability of nitrous oxide. For a small percentage of young patients, whose visits to a dentist’s office are highly uncomfortable, undergoing general anesthesia in a hospital setting is now an option, too.

Lancaster Pediatric Dental Associates also employs faster-setting materials. The time required to wait for the set up of traditional filling material is on the level of a third-grader or older. “Preschoolers can’t sit still that long,” he said.

The Cowboy Dentists, Miller said, encourage a child’s first visit at age one year. In that visit, the child sits on a parent’s lap while a cursory examination is performed. The dentist tickles the child’s finger with the rotary toothbrush and shows the other tools before bringing them anywhere near the mouth.

Then, during exams, Miller tells jokes, makes things disappear and teaches the young patient rapid-fire, easy-to-remember ditties such as “Sticky is icky; gummy is crummy.” Not only does it help them remember the importance of dental health at home, it helps them to forget what the dentist is doing inside their mouths.

“A lot of times,” he said, “it’s just the dentist constantly talking.” 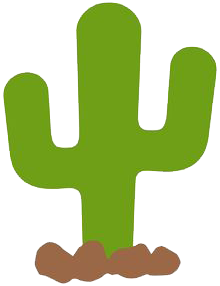